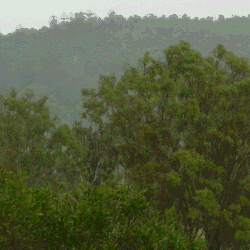 Your chest suddenly feels different, somehow... heavier. Looking down, you see two bumps appearing, even as you experience subtly different sensations lower down.You realise that you are a beutiful human woman, with your body beneath your waist (including the tail) being that of a tiger.

You continue changing.You watch in fear as the fur travels up your body with another 2 pairs of breasts appearing beneath the others.When the fur reaches your shoulders your arms start changing. You watch in horror as it reaches your hands and changes them.When they finish changing they resemble a tiger's paw with an opposable thumb and three fingers (with the retractable claws) on each hand.Your ears became rounded, like a lion's, and slide to the top of your head. Your nose and mouth become attached and your nose becomes triangular and pink. You close your eyes as they change, and when your teeth change you grit them together, and feel huge fangs growing.You are now a female humanoid tiger. You try and speak and much to your surprise find out that you can still do so.