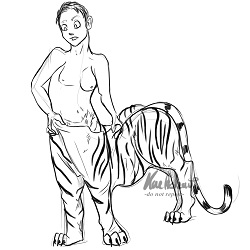 The Attack
Through a door