You look over the costumes noticing the feminine aspects of all of them."Why did I have to choose that door" you think "if I had of chosen the other door I would have a male costume"After most deliberation you decide to go for the griffin costume.You begin putting on the costume.You begin with the beak. It latches on and you feel your mouth flow into it.Next you grab an eye mask and place it over your eyes. To your shock you go blind. After a brief moment of panic your eyesight comes back. You look through the glass , pass the glare of a river and to your surprise you see lots of fish.You get a headband of feathers and put it on. Instantly the headband dissolves leaving a beautiful plum of feathers on your head.You try everything else but the only things that move are the chest and groin piece.You strap the chest piece on and the straps melt up to cover your back. You feel the wings shoot out and you start to hover.You grab the arm pieces and put them on. You then feel a slight breeze through your arm fur.You then realise that you now have to take that step. You wear the groin piece and you now have a tail. You also have become fully female.You don the rest of the costume quickly, wanting to minimize the time spent in this form.You take stock of the transformation. You feat are now full lioness paws. Your hand though have only lost 1 finger and been covered in fur.You hear a cracking sound and look down to see the glass floor has shattered leaving nothing solid between you and the ground. 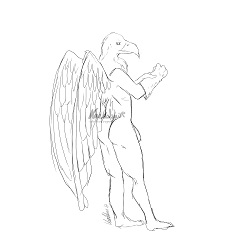 Adapting to Your Wings

At first, your heart slams into your chest and you start to panic that you’re dropping, because why wouldn’t you freak out – the floor beneath you suddenly turning out to be made of glass (you swear it didn’t seem to be made of glass when you stepped foot INTO the room) and then also suddenly shattering, meaning you were now freefalling. So, of course; any sane person would abruptly begin to panic upon this happening, so your body reacts before your head can, and though you try to scream, you can’t.Or rather, you don’t manage to scream, because time begins to slow for you after the initial shock from the glass beneath your feet breaking apart – and as time slows in your mind, you feel something stationed at your back that feels… both foreign and familiar.Wait a moment, you think, and you look over your shoulder – you have wings now.The large wings register in your head, and when you think about moving them, they move the same way your arms and legs do, only from behind. It’s different from any sensation you’ve experienced before, but, you’re able to push this surprise aside so you can focus on trying to move these new appendages jutting out from your upper back.Despite the surge of panic pulsing through your veins, you manage to flap your wings, up and down, up and down, with enough force that you are able to feel them almost molding the very air around your body. Within moments, your plummet to the ground has slowed down, and you find you’re able to keep yourself in mid-air by flapping your wings at the proper speed and with the proper amount of strength and concentration.“Whoa,” you say.It’s strange to think, the idea that you’re using what amount to long arms with massive, feathered hands, to keep yourself from falling to your death – however, the overall workings become less foreign and more familiar to you with each passing second. You adjust the rate at which you move your wings up and down, and in doing so, you’re able to stop your fall entirely. Now, you’re hovering in mid-air thanks to your new wings.A shudder ripples through you, and you let out a sharp breath. Your heartbeat begins to calm itself as you stay in place, the timing of each wing beat becoming synchronized with your breathing, and you don’t even need to THINK it for this to happen, either.Then, after a steady minute of relative silence, the reality you’re now flying sinks in.You feel a mixture of excitement, confusion, and awe swirling around inside your stomach as you hover in place – your eyes trek down as you see a sparse handful of glass shards raining down toward the ground below, but a blink later and the shards seem to vanish once they reach the earth. You don’t know if it’s your imagination doing that or not, but you swear they’ve disappeared entirely. Then again, given your current state, you suppose that glass popping out of existence isn’t so strange to witness…Sheesh, I can’t believe this, you think. I’m a literal griffin… or, well, half-griffin, I guess.For a brief instance, you remain in the air, flapping your wings at a casual, even pacing while you mentally absorb what the hell just happened. You’ve put on a costume and become part of the legendary creature, the griffin, and now you’re floating in the air by using your new wings to keep your body from plummeting to the ground. It’s crazy to even think the words internally, but, at the same time, you aren’t as bothered by it now.That said, you can do more than just floating in the air and reveling in the fact you’re a griffin now – and as you recognize this fact, you pause to mull over your choices insofar as getting a sense of what’s around you, as you feel it’s important you do that sooner.Do you want to take in your surroundings first while you’re airborne? Or do you want to land and then adjust to your surroundings? Or do you want to forgo both? You think…

Scoping Out the Area

A Conversation with a Vixen

A Conversation with a Vixen II